In investing, strange things can happen. Things that you never expect to see. And if you went back a decade ago and surveyed investors, I don’t think you’d find anyone predicting negative interest rates.

Yet that’s where we are. According to the latest data from ICE Data Services, roughly a quarter of the global bond market – including both government and corporate debt – now trades at sub-zero yields. The attached chart shows the significant decline in global bond yields over the last few years. German, French, Swiss and Japanese bonds all now yield less than zero.

What exactly does that mean?

It means if you buy those bonds and hold them to maturity you are guaranteed to lose money. Considering the premise of investing is based on the expectation of achieving a profit, then bonds are proving to be the antithesis.

The recent chart from the Financial Times (FT) below shows the stark changes that have occurred in the global bond markets since early this century. Today, almost 60% of the world’s bond markets yield less than 2% compared to some 20% in 2004.

Don’t feel too sorry for bond investors. While the yields on bonds have fallen, anyone holding bonds has been more than compensated by solid capital returns. As bond yields fall, prices go up. In fact, year to date, this year has been one of the best years for bond market returns in decades. 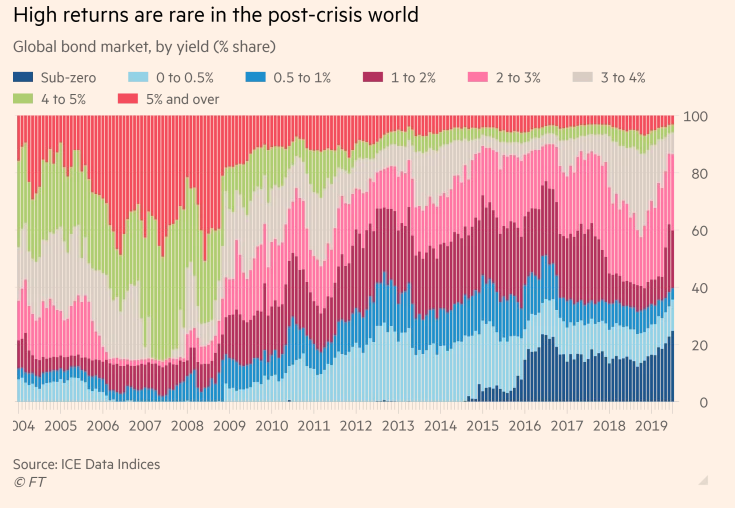 Bespoke Investment Group recently pointed out that the year-to-date return from the Merrill Lynch 10+ Year Treasury exceeded 20% in early August 2019. This has been the first year since at least 1987 that long-term US Treasuries were up over 20% at this point in the year. 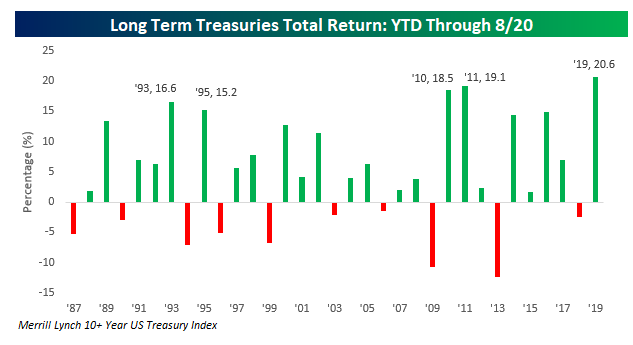 While the rear-view mirror looks good for bonds, unfortunately investing is about the future. It’s here the outlook is unlikely to be as rosy. Investors now face the prospect of significantly lower returns or even losses given the low to negative yields that bonds now offer. Ray Dalio, the world’s largest hedge fund manager, made that point in a recent post titled ‘Paradigm Shifts’.

“Right now, approximately 13 trillion dollars’ worth of investors’ money is held in zero or below-zero interest-rate-earning debt. That means that these investments are worthless for producing income.

Thus far, investors have been happy about the rate/return decline because investors pay more attention to the price gains that result from falling interest rates than the falling future rates of return.

That will end when interest rates reach their lower limits (slightly below 0%), when the prospective returns for risky assets are pushed down to near the expected return for cash, and when the demand for money to pay for debt, pension, and healthcare liabilities increases”  - Ray Dalio, July 2018.

Capital is already on the move

It appears investors have started to search for alternative sources of return. It’s little wonder that money has started pouring into private equity funds which offer the potential at least for positive returns. The FT recently reported that Europe’s biggest private equity groups are rushing to raise new mega funds as they seek to tap into record demand from investors. Data from private equity specialists, Prequin, show almost $2.5 trillion of unspent cash is at the ready to buy companies, real estate, infrastructure, natural resources and debt. 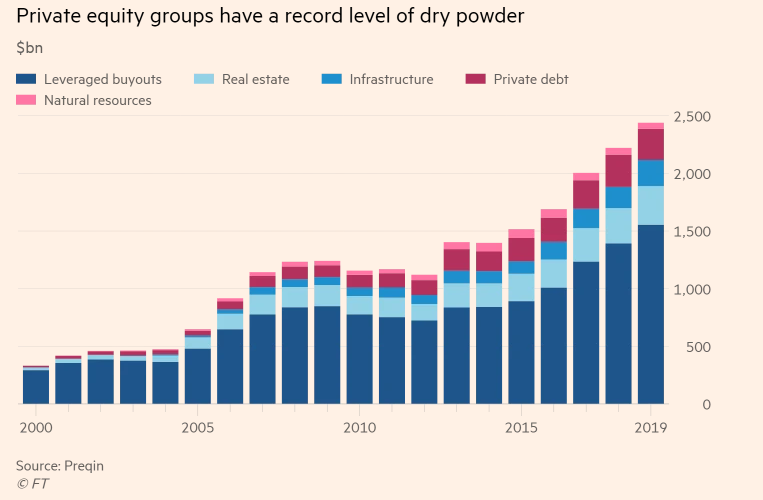 We think it’s likely private equity will look to deploy their record levels of capital into the public equity markets where there remains opportunities to buy quality businesses at reasonable valuations, which are actually cheap if low bond yields are here to stay. Assets that offer higher yields are being sought and this has been most clearly reflected in the positive re-rating of commercial real estate, REITS, utilities and other bond-like proxies.

The world’s greatest investor, Warren Buffett, said in February, “I think stocks are ridiculously cheap if you believe... that 3% on the 30-year bonds makes sense.” 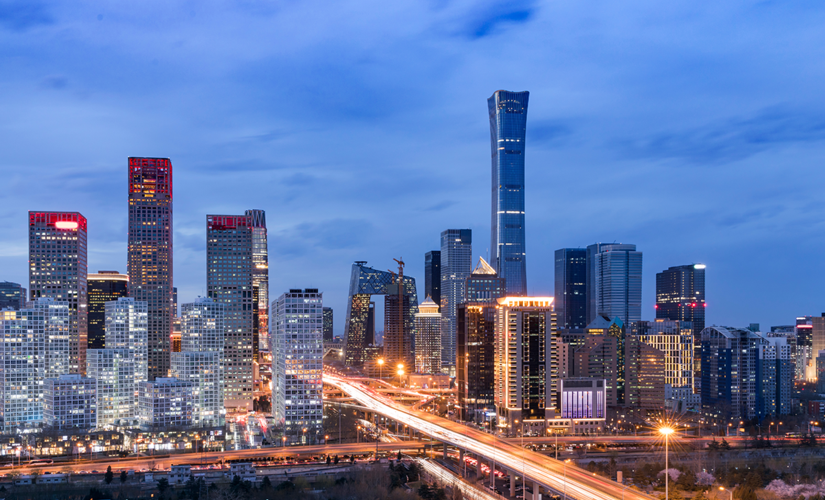 Ready to capitalise on the world's second largest economy?

Long gone are the days of viewing China as a low-cost manufacturing hub. Its evolution is creating opportunities for astute equities investors ready to capitalise on the world’s second largest economy.