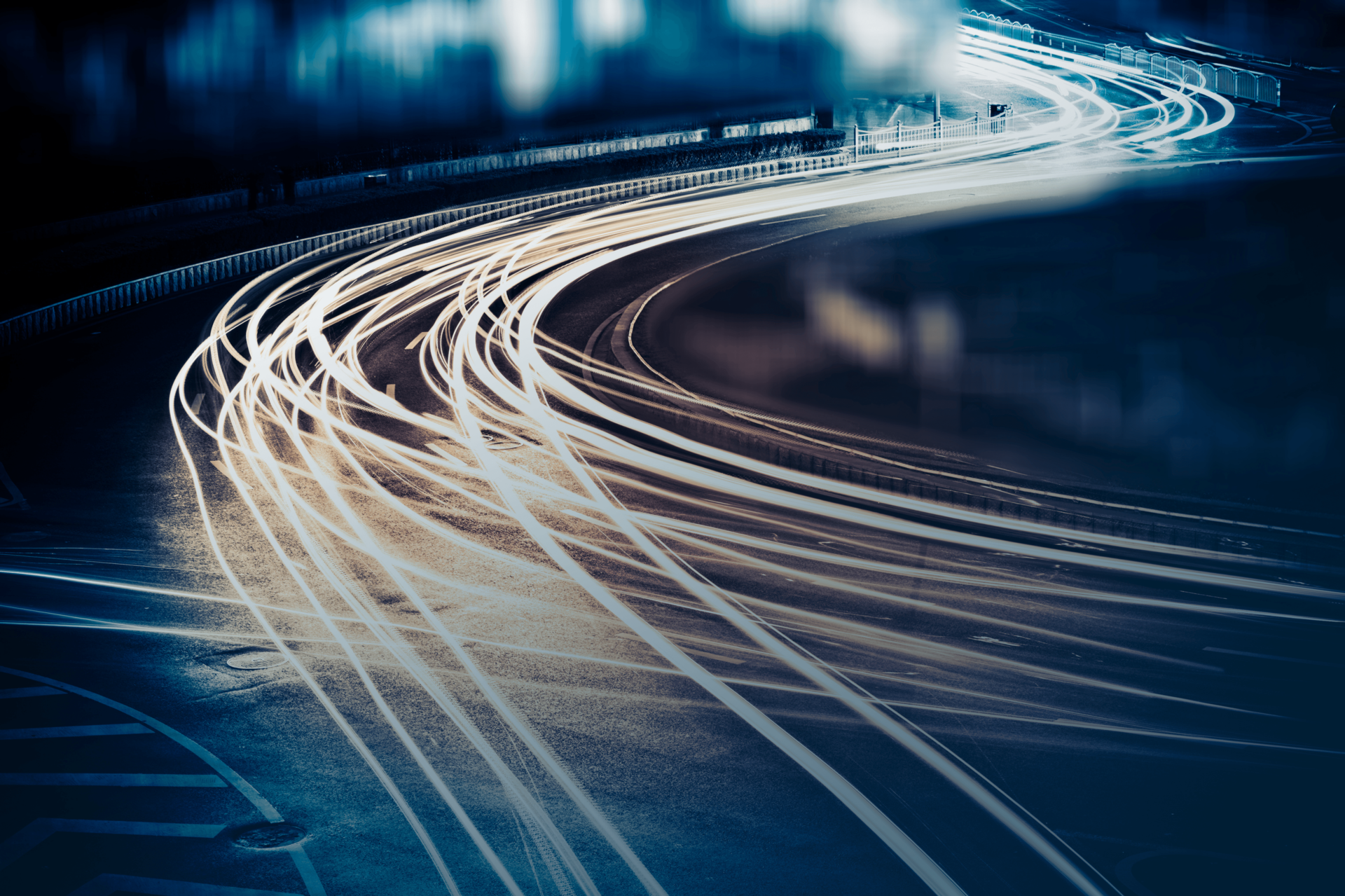 In ordinary times, seeing the largest IPO in history – which was raising a staggering US$35 billion at a nearly US$320 billion valuation1 – be halted two days before listing would have been front page news.

But these are not ordinary times. Amid a nail-biting presidential race, a milestone development towards a COVID-19 vaccine and big see-saw swings across markets in recent weeks, you could be forgiven for missing what happened with Ant Group.

Ignoring Ant, however, would be a giant mistake.

Not for the IPO drama. Nor the immense demand for stock in this business, including the US$2.8 trillion – yes, trillion with a T – in bids from five million retail investors in its IPO bookbuild2 (for some perspective, that’s over two times the size of Australia’s entire economy!).3 And not merely because of the incredible pace of Ant’s growth (it now facilitates $17.7 trillion in digital payments annually in China for over one billion people, up 72% since 20174), or its sheer scale (Ant’s loan portfolio is now $323 billion5 and its investment fund offerings total $615 billion6).

This is all interesting, but a distraction from the true lesson of Ant Group.

A financial supermarket reshaping the industry

Ant’s business model – whether now, or a few years from now – is the one we believe will fundamentally reshape the world’s financial services industry.

It upends the way consumer lending is done and how people manage their finances.

Ant is not a bank. It is not really a lender, either. Think of it like a financial supermarket.

It operates the infrastructure through which 711 million people in China connect each month with over 2,000 partner institutions to manage their money, make payments, obtain loans, find savings or investment products, source insurance and arrange many other life services.

This model – being the financial infrastructure, or ‘gateway’ – is capital light, profitable and hugely scalable.

We believe the model will eventually come to markets like Australia, the US and Europe. It will be technology-led. And it will transform the way financial services works for ordinary people all around the world.

Firstly, what is Ant Group?

Alipay was established in 2004 as an escrow service between buyers and sellers on Alibaba, to solve what it called the ‘trust gap’ in online transactions. (Alibaba, if you don’t know, is like a combination between Amazon, eBay and all your favourite online stores. It now accounts for over half of all online shopping sales in China.7)

Alipay became ubiquitous in China by launching a mobile app in 2009 that allowed Chinese businesses to easily accept payments through QR codes and consumers to have a digital wallet to transact online and offline. Alipay was spun-out as an independent company in 2011.

The ‘gateway approach’ – invert the market as financial infrastructure

Since then, Alipay has transformed itself from an easy way to make digital payments into a financial juggernaut. It has a fly-wheel model:

Why TechFin and not FinTech is the revolution in financial services

There are huge amounts of speculative money, matched with eye-watering valuations, betting on the ‘fintech’ sector. It is one of the hottest spaces chased by venture capital today.

We’re sceptical that most fintechs have the right model. Unlike software, for example, balance sheet lending is a capital intensive and doesn’t scale well without lots of ongoing investment.

This is especially hard with margins compressing in a low interest rate world. It’s even harder when competing with large global institutions, which are already at scale with huge customer bases and established distribution channels. In lending, we stick to the old proverb, “there’s riches in niches.”

The truly revolutionary model is not to be an online balance sheet lender or financial institution.

It’s to invert the market and be the central infrastructure that allows digital lending, or any type of digital finance, to happen.

In the words of Jack Ma, Ant’s founder, “Fintech takes the original financial system and improves its technology. TechFin is to rebuild the system with technology.”

In other words, fintechs are just an evolution of financial services as is already done today. They make the same thing more efficient with technology.

The revolution in financial services, however, is TechFin. It is fundamental reform of a long-established system with an entirely new architecture for the way finance should done.

We believe that, in the future, there will be a small number of technology ecosystems through which people manage their finances. These ecosystems will act as the portal for most people to access loans, make investments and buy financial products (like insurance) in a simple, transparent and much-more standardised way.

This is a fairer system, less hamstrung by antiquated constructs and legacy frameworks about risk and pricing (which are largely guesswork). It will be data, machine-learning and artificial intelligence driven. And, importantly, customer-outcome focused.

But what about Ant’s failed IPO?

Financial services is heavily regulated, so innovation in the sector has the added complexity of navigating a myriad of legal rules – many of which have yet to evolve for a digital world. Finance is also a sensitive area for central governments and regulators.

The recent moves by China’s regulator to add requirements for Ant Group to fund more of its loans (rumours13 say 30%, up from only 2% today) on its balance sheet and regulate it more like a bank, which halted its IPO, only highlight how serious this risk can be for both FinTechs and TechFins alike.

In 2008, Jack Ma famously declared: “If the banks don’t change, we’ll change the banks.” Now, he’s at risk of being regulated like one. A heavily regulated utility doesn’t have the same flair as TechFin.

However, we look at it this way. Regulation can curb the speed of innovation. It might even be good to manage the pace that cutting-edge advancements occur, to avoid major systemic risks emerging. But not even regulation can reverse the winds of secular change. Taxi regulations didn’t stop the emergence of Uber and ride-sharing. Eventually, a harmony is achieved between innovators and regulators – especially when the ultimate outcome is good for consumers.

Why TechFin is the way of the future

The ‘gateway approach’ – being the financial infrastructure – is a technology-esque business model. The platforms that thrive will have:

Trust, Reach and Data. This gravitates toward technology ecosystems as the central platforms in a new way for people to manage their finances.

Ant Group’s Alipay is, we believe, a roadmap for Apple, Google, Facebook, Amazon and other tech giants to grow into financial services. That is an exciting prospect for customers. And a downright terrifying proposition for incumbent financial institutions.

Right or wrong in our thesis, we look forward to seeing how this plays out in the coming years.

“What is now proved was once only imagined.” 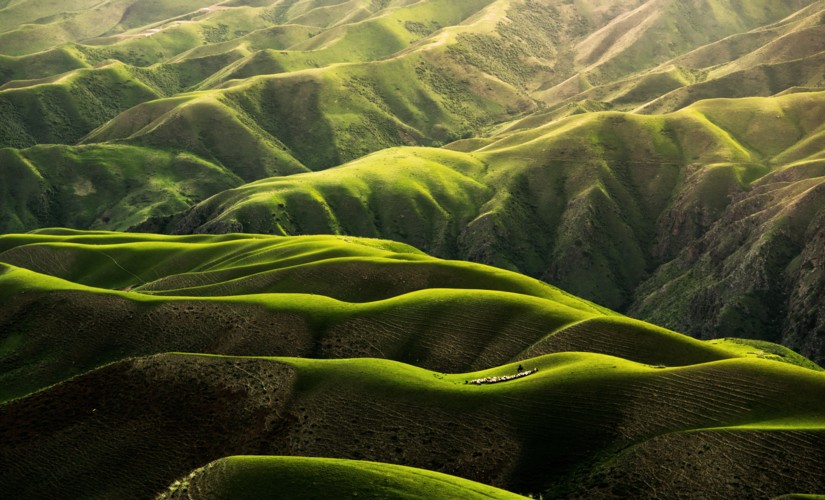 Since the adoption of the Paris Agreement in 2016 to combat rising temperatures, global investments in energy transition have risen steadily reaching $750 billion in 2021.

Not all companies in the renewable space are guaranteed success however, and the key for investors is being able to identify the next generation of firms set to capitalise.

Important Information: This material has been prepared by MA Investment Management Pty Ltd (ACN 621 552 896) (“MA Financial Group”), a Corporate Authorised Representative of MA Asset Management Ltd (ACN 142 008 535) (AFSL 327 515). The material is for general information purposes and must not be construed as investment advice. This material does not constitute an offer or inducement to engage in an investment activity nor does it form part of any offer or invitation to purchase, sell or subscribe for in interests in any type of investment product or service. This material does not take into account your investment objectives, financial situation or particular needs. You should read and consider any relevant offer documentation applicable to any investment product or service and consider obtaining professional investment advice tailored to your specific circumstances before making any investment decision. This material and the information contained within it may not be reproduced or disclosed, in whole or in part, without the prior written consent of MA Financial Group. Any trademarks, logos, and service marks contained herein may be the registered and unregistered trademarks of their respective owners.

Nothing contained herein should be construed as granting by implication, or otherwise, any licence or right to use any trademark displayed without the written permission of the owner. Statements contained in this material that are not historical facts are based on current expectations, estimates, projections, opinions and beliefs of MA Financial Group. Such statements involve known and unknown risks, uncertainties and other factors, and undue reliance should not be placed thereon. Additionally, this material may contain “forward-looking statements”. Actual events or results or the actual performance of a MA Financial Group financial product or service may differ materially from those reflected or contemplated in such forward-looking statements. Certain economic, market or company information contained herein has been obtained from published sources prepared by third parties. While such sources are believed to be reliable, neither MA Financial Group or any of its respective officers or employees assumes any responsibility for the accuracy or completeness of such information. No person, including MA Financial Group, has any responsibility to update any of the information provided in this material.