Spirited performance to continue over the summer ahead 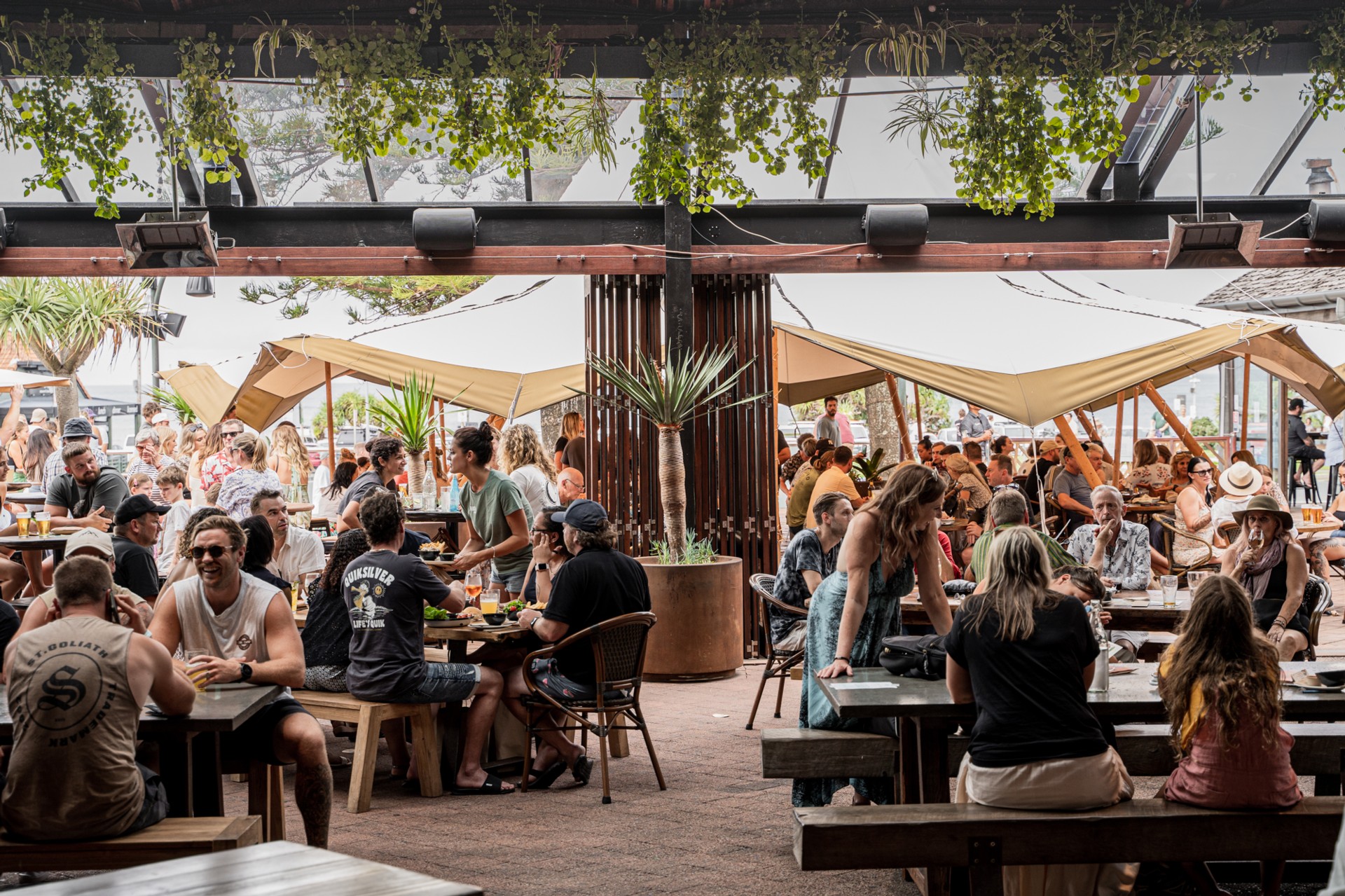 Analysing consumer behaviour is complex at the best of times, let alone in the current environment.

With unemployment at 3.4% - its lowest level in 50 years - household spending has continued to bubble away defying the retreat of government stimulus, rising prices, and the uncertainty of the macroeconomic environment.1 Australia’s economy has similarly remained strong despite inflation climbing and consumer sentiment at record lows.

The Reserve Bank of Australia (RBA) forecasts inflation to peak at around 8% at the end of this year, before starting to decline by mid-2023. As a result, the market is currently expecting four more 25 basis point rate hikes, resulting in a peak cash rate of approximately 3.8%.

Higher inflation, higher interest rates and declining real wages is placing pressure on household budgets. As such, consumer demand is expected to moderate as the impact of monetary policy is felt across the economy.

So, in this environment, where are Australians prioritising spending as interest rates and uncertainty ramp up? How big of an influence does a renewed focus on social connection and community have? And overall, how might these factors impact the performance of hotels (and pubs) as we move into the new year?

Australia’s gross domestic product (GDP) increased by 3.9% for the year to June 2022, the strongest year-on-year growth since 2011-12.2 Household spending was a key component of this growth and has continued to increase into the first quarter of the 2023 financial year.

A useful indicator of where households are spending is the Australian Bureau of Statistics (ABS) Monthly Household Spending Indicator which uses bank transaction data to determine spending patterns in the current month compared to the same month in the prior year.3

Do household budgets harbour some resilience?

As of November 2022, the RBA has raised the official cash rate over seven consecutive months. According to the Commonwealth Bank of Australia, each rate increase typically takes around three months to flow through to variable rate mortgage repayments, while the RBA estimates it takes up to two years for monetary policy to achieve its maximum effect on the economy.4

While this does mean household spending will come under increasing pressure, there are some mitigating factors in play.

Household balance sheets may be more resilient than first estimated. While high levels of household debt imply difficulties may occur as the cost-of-living increases, the strong growth in house prices during 2021 has boosted asset values for homeowners. The decline in housing prices recently has only eroded a small proportion of this growth.5

Households have deposited significant savings into mortgage offset and redraw accounts and it is estimated that more than 40% of mortgage holders are more than 12 months ahead in their repayments.6 This, combined with generous government stimulus during the pandemic has sustained income levels, underpinning much higher household savings ratios. In fact, total household savings currently amount to a staggering ~$260 billion7 and while household savings rates fell in the June 2022 quarter, they remain above pre-pandemic levels.8 For households with a mortgage, the accumulated savings could help ease the transition to higher rates while still providing capacity for ongoing discretionary spending.

RBA analysis of the distribution of household debt indicates approximately 75% is held by households in the top 40% of income, while only 5% is held by households in the bottom 20%. Lower-income households, and recent or first-time home buyers who have not built up a liquidity buffer, may incur stresses from the higher cost of living and mortgage repayments. However, higher-income households are able to devote a greater share of their income to debt servicing and manage overall price increases more effectively.9

The value of community and social connection

As noted in a previous insight, the pandemic renewed our focus on the importance and value of wellbeing, social connection and community. Hotels have occupied a unique place at the heart of Australian society for over a century and remain key cornerstones for communities in both regional and urban centres.

Experienced venue operators have responded to changing demand from patrons, adding value through active management and continual improvements in their standards and offerings to attract a diverse crowd and cater to a range of price points. Operators are also more sophisticated in applying technology to manage costs and improve the quality and consistency of revenue channels and service. This has helped underpin strong momentum in spending throughout the year which, combined with the relative affordability of visiting the local hotel, should maintain performance as we enter a more challenging period.

There are, no doubt, economic challenges that will need to be overcome in the near term while the RBA works to bring inflation back to its target level. As we move through the cycle, adaptability will be important and hotels with a point of difference, strong community engagement and offering a genuine value proposition for their customers should continue to perform.

The sector enjoys an inherent advantage in the relative affordability it can bring to food and beverage options in a time of general price increases. This should translate into sustained demand and a fresh stream of patrons looking to enjoy their local establishment, ensuring earnings remain relatively resilient as they have done in previous economic downturns.

It is our view there is a fundamental need for social engagement and community interaction, and this is no more evident than now as summer arrives. The simplicity of the local hotel as a reliable, relatively low-cost, quality form of entertainment offers a viable option for people to continue to interact – as it has for over 100 years.

For more information about our hospitality capabilities and solutions, please get in touch.

The Monthly Household Spending Indicator is a relatively new experimental series produced by the ABS using aggregated and de-identified card and bank transactions from several banking and financial institutions. The series commenced in January 2019 and is produced in current price original and current price calendar adjusted terms only. As there is no seasonally adjusted series to date, the ABS recommends focusing on through the year (e.g. September 2021 to September 2022) comparisons. Source: www.abs.gov.au 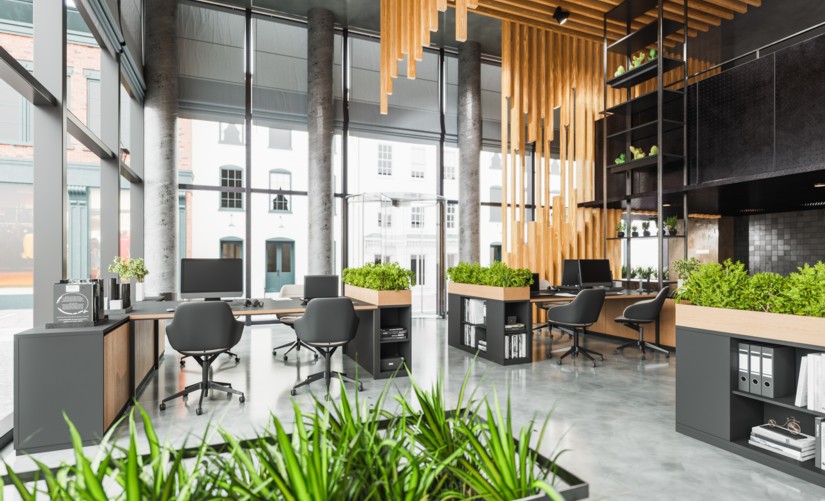 (Total) return of the office

As the world transitions to a higher inflation/lower growth environment and new interest rate regime, the chaos in the bond market reminds investors of the role the commercial office sector has the potential to play as a ballast for reliable income yield.

Important Information: This material has been prepared by MA Asset Management Ltd (ACN 142 008 535) (AFSL 327 515). The material is for general information purposes and must not be construed as investment advice. This material does not constitute an offer or inducement to engage in an investment activity nor does it form part of any offer or invitation to purchase, sell or subscribe for in interests in any type of investment product or service. This material does not take into account your investment objectives, financial situation or particular needs. You should read and consider any relevant offer documentation applicable to any investment product or service and consider obtaining professional investment advice tailored to your specific circumstances before making any investment decision. Any investment in a fund managed by MA Financial Group is subject to the terms and conditions of the relevant fund offer document. This material and the information contained within it may not be reproduced or disclosed, in whole or in part, without the prior written consent of MA Asset Management Pty Ltd. Any trademarks, logos, and service marks contained herein may be the registered and unregistered trademarks of their respective owners.

Nothing contained herein should be construed as granting by implication, or otherwise, any licence or right to use any trademark displayed without the written permission of the owner. Statements contained in this material that are not historical facts are based on current expectations, estimates, projections, opinions and beliefs of MA Asset Management Pty Ltd. Such statements involve known and unknown risks, uncertainties and other factors, and undue reliance should not be placed thereon. Additionally, this material may contain “forward-looking statements”. Actual events or results or the actual performance of MA Asset Management Pty Ltd or an MA Financial Group financial product or service may differ materially from those reflected or contemplated in such forward-looking statements. Certain economic, market or company information contained herein has been obtained from published sources prepared by third parties. While such sources are believed to be reliable, neither MA Asset Management Pty Ltd, MA Financial Group or any of its respective officers or employees assumes any responsibility for the accuracy or completeness of such information. No person, including MA Asset Management Pty Ltd and MA Financial Group, has any responsibility to update any of the information provided in this material.