With the Reserve Bank of Australia (RBA) raising the Cash Rate this month for the first time in 11 years and inflation marking its highest reading since the introduction of the GST in the early 2000’s, everyone is talking about how far house prices will fall.

CoreLogic reports that dwelling prices fell in Sydney and Melbourne in the month of March by -0.2% and -0.1% respectively. The RBA noted in their financial stability review that a two-percentage point rise in interest rates could see real housing prices fall by 15%.1

To many this is a very daunting prospect, but I want to make four points to put it into perspective:

When I think about previous downturns in the housing market, I feel like Australia got off quite lightly during the global financial crisis (GFC)  and the last really big downturn in my memory was following the 1989 crash and following recession.

Data from CoreLogic shows that the deepest downturn over the last 40 years for both Sydney and Melbourne was following the peak in 2017. During this period dwelling prices dropped 15% and 11% for Sydney and Melbourne respectively before bouncing back to exceed their peak levels within three years.

This contrasts to the downturn after 1989 where prices only dropped by 9.8% and 9.9% in Sydney and Melbourne. Mind you, it then took five years for Sydney and eight years for Melbourne to fully recover their values, as this was during a larger economy-wide recession.

The key takeaways from this data are:

Residential property is a national obsession. CoreLogic estimates the value of our housing market is now over $8 trillion. To provide some context, this is four times the value of Australia’s gross domestic product (GDP) and $1 trillion more than combined value of the ASX, superannuation and commercial real estate stock.

The growth in the value of the housing market is from new construction and price growth over time. This increase in value has not been funded by wage growth or inflation, but rather by increased household debt at historically low interest rates.

Signs rate rises have been on the cards

The Government, RBA and Australian Prudential Regulation Authority (APRA) have been planning for the rise in interest rates.

For some time now, APRA has required that banks ensure their home loan borrowers can afford an increase in interest rates of up to 3%.3

The RBA has been monitoring the extent to which the amounts homeowners have in their offset accounts would buffer the impact of an interest rate rise. They noted in their April 2022 Financial Stability Review that a 2% increase in rates would reduce the buffer from 21 months to 19 months

The Government is very aware of the impact of increasing interest rates on the market and both major parties have rolled out new policies as part of the 2022 Federal Election campaign to help cushion the impact for existing and new home buyers.

Government support is nothing new. One of the reasons the residential housing market downturn in 2017 had a shorter recovery time was due to government initiatives, along with falling interest rates and loosening of APRA regulations.

The effect of immigration

The effect of immigration on house prices depends upon the rapidness of the increase in intake.

AMP chief economist Shane Oliver has estimated if the ‘Big Australia’ policy is implemented and there are 250,000 immigrants by 2023, this will result in house prices jumping 5% and rents increasing 7%.

Flight to quality – why values are more than just about macroeconomics

Property values are not all about macroeconomic factors, like interest rates, inflation and immigration.

Some properties will perform better than average because of the specific characteristics of the property.

Can you walk to shops, schools, parks? Do you have a view of the harbour or a cemetery? Is the house a knock-down job or newly renovated with the latest backyard makeover. Do you have a block of apartments looking over your swimming pool or are you surrounded by national park?

When I bought my current family home, I bought as values were falling. But I didn’t care. I was buying for my rapidly growing family in a suburb where my children could play in local parks, we could go for bushwalks and walk up to cafes and supermarkets. I could easily commute to the city. The house had a big backyard and good living spaces. We’ve been here for 17 years.

The importance of quality when it comes to investing

As a Managing Director in MA Financial Group’s Real Estate Credit team, every day I am making decisions on the quality of property assets that we will lend against.

I am looking at characteristics or quality in the property that will make it attractive to buyers throughout the cycle. Is the property located well, near local amenities? Is there demand in that location for that type of property? Is the property well laid out and liveable? This is particularly important for apartments. Many people are moving from their big family home into an apartment. Where will they put the golf clubs, the camping equipment and their bicycle? Is this somewhere I could live?

The difference between a stock standard commoditized residential house or apartment and one with something special, is that the commoditized product will move with the market and macroeconomic forces.

The properties with something special, will be the ones that people looking for a home will fall in love with and have to have.

This doesn’t mean that prices of “good” quality properties won’t go down. But as markets soften, buyers will be focusing on quality in both location and the property itself. As a colleague of mine often says “there are always good deals to be done in bad markets and bad deals to be done in good markets”. It is about knowing how to pick the right ones.

When making decisions as a manager of our real estate credit funds that are effectively funding the making of loans, I carefully consider the ratio of the loan to the underlying value of the properties, taking into consideration the potential for value deterioration for each security property over the term of the loan. The lower this ratio, the more buffer there is for market value fluctuation.

For example, a loan with a 64% loan to value ratio would still be able to be repaid from the sale of the property, even after a fall in value of 36%, which is more than two times the largest drop in Sydney prices over the last 40 years.

I also take comfort from the fact that the fall in property values has historically taken time to occur, usually around two years to hit the bottom of the cycle. We therefore seek to actively manage loans that have exposures to properties where the values drop below pre-agreed levels, either through repayment or sale of the property, well before the buffer between property value and the loan is exhausted.

>> Please get in touch to arrange a discussion, and to learn more about our real estate credit capabilities. 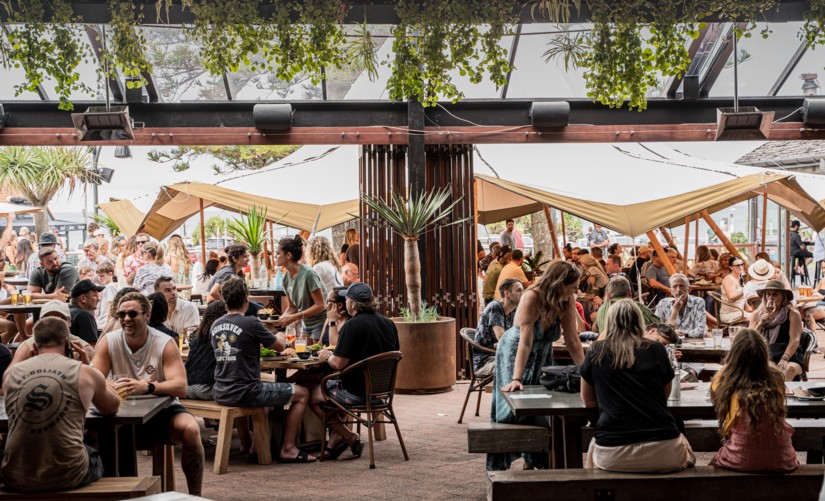 Spirited performance to continue over the summer ahead

As higher inflation and interest rates place pressure on household budgets, where are Australians prioritising spending?

In his latest insight, Hospitality Fund Manager, Daniel Hargraves explains why we believe despite these headwinds the renewed focus on social connection and community and the simplicity of the local hotel (pub) as a reliable, relatively low-cost, quality form of entertainment offers a viable option for the summer ahead – as it has done for over 100 years.

The figures quoted in this paper and in other articles are all averages.

Important Information: This material has been prepared by MA Investment Management Pty Ltd (ACN 621 552 896) (“MA Financial Group”), a Corporate Authorised Representative of MA Asset Management Ltd (ACN 142 008 535) (AFSL 327 515). The material is for general information purposes and must not be construed as investment advice. This material does not constitute an offer or inducement to engage in an investment activity nor does it form part of any offer or invitation to purchase, sell or subscribe for in interests in any type of investment product or service. This material does not take into account your investment objectives, financial situation or particular needs. You should read and consider any relevant offer documentation applicable to any investment product or service and consider obtaining professional investment advice tailored to your specific circumstances before making any investment decision. Any investment in a fund will be solely on the basis of the relevant information memorandum for that fund (as updated and amended from time to time). This material and the information contained within it may not be reproduced or disclosed, in whole or in part, without the prior written consent of MA Financial Group. Any trademarks, logos, and service marks contained herein may be the registered and unregistered trademarks of their respective owners.

Nothing contained herein should be construed as granting by implication, or otherwise, any licence or right to use any trademark displayed without the written permission of the owner. Statements contained in this material that are not historical facts are based on current expectations, estimates, projections, opinions and beliefs of MA Financial Group. Such statements involve known and unknown risks, uncertainties and other factors, and undue reliance should not be placed thereon. Additionally, this material may contain “forward-looking statements”. Actual events or results or the actual performance of a MA Financial Group financial product or service may differ materially from those reflected or contemplated in such forward-looking statements. Certain economic, market or company information contained herein has been obtained from published sources prepared by third parties. While such sources are believed to be reliable, neither MA Financial Group or any of its respective officers or employees assumes any responsibility for the accuracy or completeness of such information. No person, including MA Financial Group, has any responsibility to update any of the information provided in this material.